CloudLinux is a hosting-oriented Linux distribution based on CentOS. It uses the LVE (Lightweight virtual environment) kernel technology that is similar to OpenVZ in some aspects or to other OS-based virtualization technologies.

In shared hosting, the most common downtime reason is a single account grabbing most of the shared resources due to heavy site(-s) or unoptimized script(-s). CloudLinux OS is designed especially for servers being used in this way, making the situation where one or several users cause severe load or even hang up the server impossible.

CloudLinux improves server stability by encapsulating each client in a secure, isolated environment. It means that each user on the server is limited by the number of resources it can use, being placed in a so-called ‘container’ (separated operating environment).

The following diagram demonstrates the work of the Traditional server environment vs. CloudLinux: 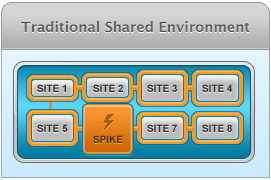 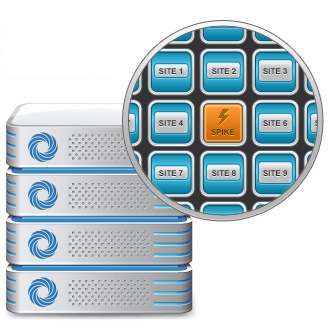 Additionally, CloudLinux includes CageFS, a virtualized file system, a set of tools to contain each user in its own ‘cage’. Each customer has its own fully functional CageFS with all the system files, tools, etc.

The benefits of CageFS:

CageFS will also cage any scripts execution, so in case any executable malware is opened in a different cPanel account, it will not reach the other ones in any way.

The benefits of CloudLinux:

Can't find the answer you're looking for? Don't worry we're here to help!